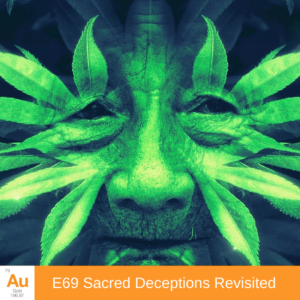 “Art is the lie that enables us to realize the truth.” -Pablo Picasso

The team recently got together to talk about the show, and began reflecting on some of our favorite episodes. So we decided to re-release one of them we all agreed was quite special.

In it, Carlos and Satch discuss the truths behind the lies and explore several examples of Sacred Deceptions, including those found in ancient and modern cultures, religious traditions, shamanism, ceremonial magick, ritual initiations, hermeticism, hazing, metaphorical psychodramas, and art.