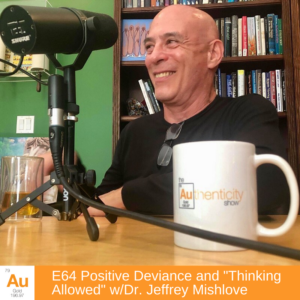 For this episode, the team was invited to record at the home of our guest, Dr. Jeffrey Mishlove, in Albuquerque, New Mexico. This was an incredible honor as Dr. Mishlove and his long-running PBS show Thinking Allowed (1986-2002) are a primary influence for the creation of the Authenticity Show.

In addition to being a broadcaster and gracious host, Dr. Mishlove is an author, educator and sole recipient of a doctoral diploma in Parapsychology from an accredited university, awarded in 1980 by UC Berkeley. His books include The Roots of Consciousness, Psi Development Systems, and The PK Man, and he has redeveloped his PBS show for Youtube, titled New Thinking Allowed.

Listen in as we talk about remote viewing, psychic phenomena, skepticism, M/magic and the secret to happiness. He shares so many great stories and insights from his life, including what led him from criminology studies toward parapsychology as well as the amazing story of his journey to receiving his unique doctoral degree. 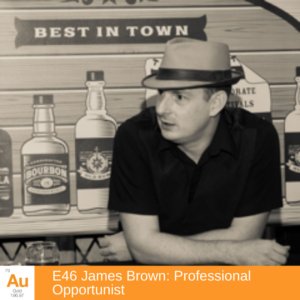 Did you know there’s a playful way to break social conventions and bring a little random joy to people at any given moment? James Brown (not *that* James Brown!) is on a quest to restore playfulness and inspire others to just “be silly” with his Urban Chaos strategy. Listen in as this masterful pickpocket, close-up magician and hypnotist explains this concept as well as the origins of his intriguing title of Professional Opportunist. The trio also have a fantastic discussion about confidence where James shares his alternative views on the subject.

This episode also includes an extended bonus discussion about political correctness and today’s tender social climate that we’re sure many of you will really enjoy. We’d love to know whatever thoughts and feelings are inspired by what you hear, please come back and share with us on any of our social media platforms!