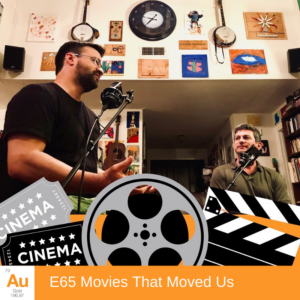 When you think of movies that have had a significant impact on you, which ones come to mind? In this episode, Carlos and Satch talk about just that and share their thoughts and lessons learned from movies that moved them, including:

Want to join the conversation? In the comments below, please tell us which of these you’ve seen and/or share any movies whose messages have captured your mind and heart in some special way… we’re excited to learn about any hidden gems we may not know about yet!

E66 On Being, Doing, and Surrender
Scroll to top